Responsibilities of the Members of the CWP Steering Committee are: 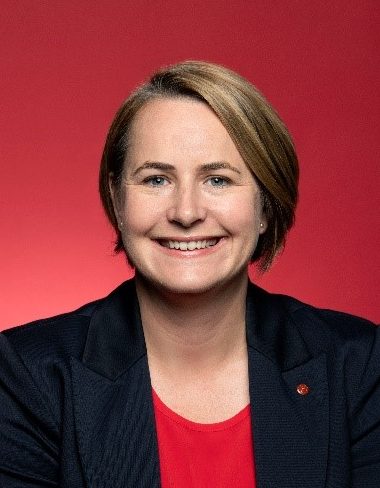 Senator Nita Green was elected in 2019 to represent Queensland in the Australian Senate. Since being elected she has advocated for more social housing in regional Queensland, providing greater support for remote indigenous communities, and tackling domestic and family violence in Australian and the Pacific. Before being elected to Parliament, Senator Green worked as an Industrial Officer at the Australian Manufacturing Workers Union, an Employment Lawyer and Policy Adviser. She was also the Queensland Field Director for the Equality Campaign during Australia’s Marriage Equality vote. Senator Green is currently the Secretary of the Labor’s Pandemic Recovery Jobs and Industry Taskforce, and a member Parliamentary Joint Committee on Human Rights and the Senate Standing Committee on Delegated Legislation. 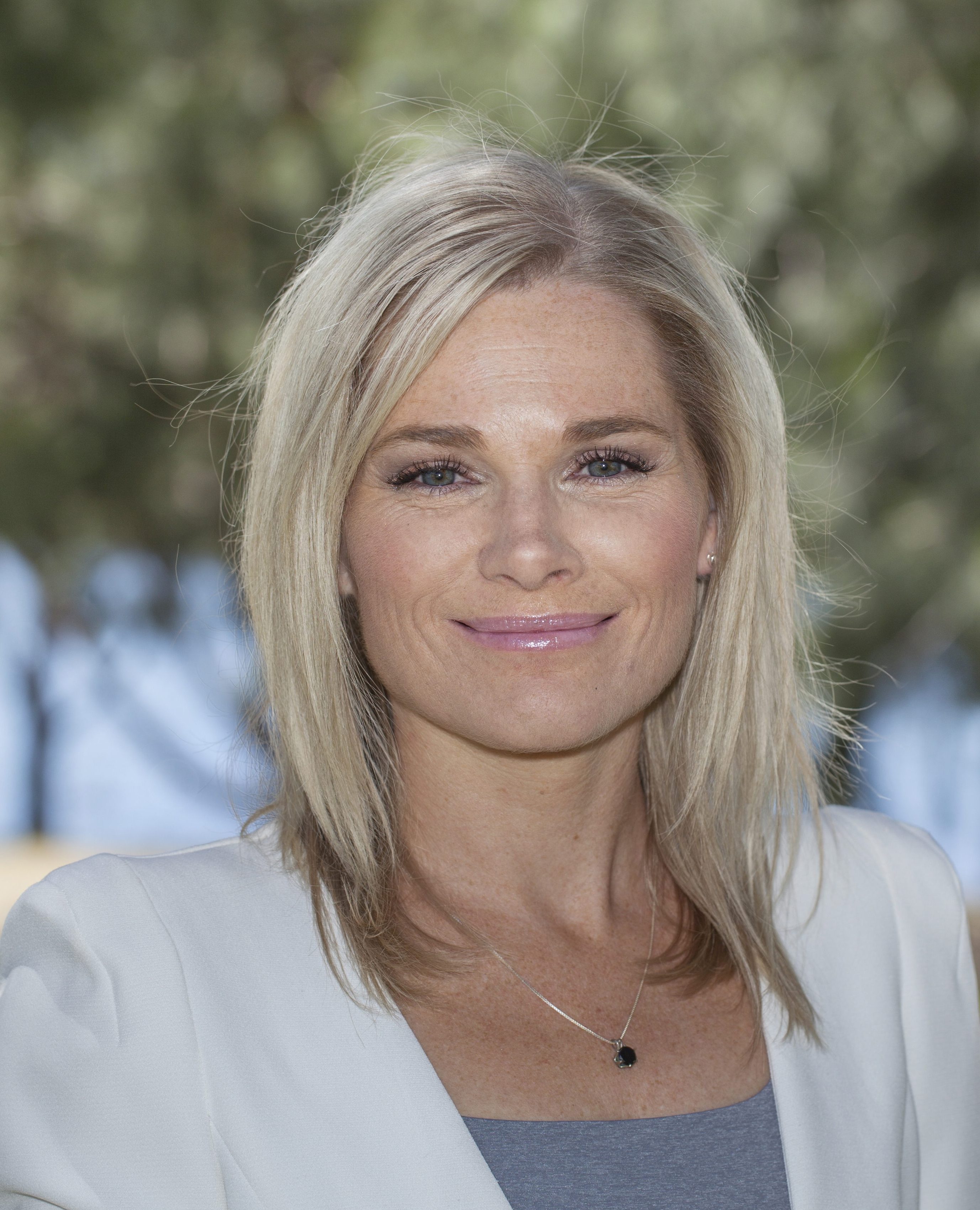 HARD work and having a go – they are the values that define Leanne Castley, a proud single Mum-of-two, country music singer and lover of cars, motorbikes and engines. Leanne’s passions are small business and working hard for the people in her electorate of Yerrabi, so the fast-growing area continues to be a great place to live and raise a family. Politics was never on Leanne’s radar but she was encouraged to contest the October 2020 ACT election and was thrilled and humbled to be elected. “The chick from Charny” and a battler; that’s how Leanne described herself in her first speech on December 3, 2020, adding that she wanted to show that politics can be for hard-working, ordinary family battlers like herself. 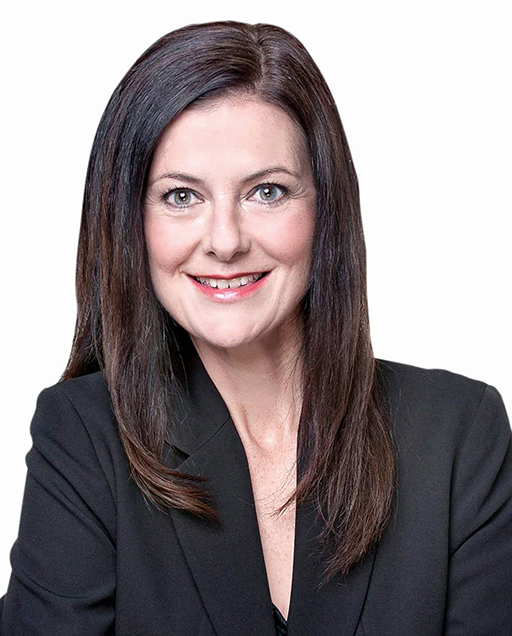 Sonya Kilkenny was first elected as the Member for Carrum in the of the Legislative Assmebly in November 2014. She represents the Australian Labor Party and is currently a member of the Scrutiny of Acts and Regulations Committee. Prior to commencing a career within Parliament, Sonya worked across Australia within the legal profession both within the private and public sectors. She is involved in a range of community activities and groups including Emily’s List Victoria, Hong Kong International School Alumni Association, UNSW Alumni Association, Melbourne University Alumni Association, Seaford Surf Lifesaving Club, Friends of Carrum Foreshore, Radio Carrum and Carrum/Patterson Lakes Football Netball club. 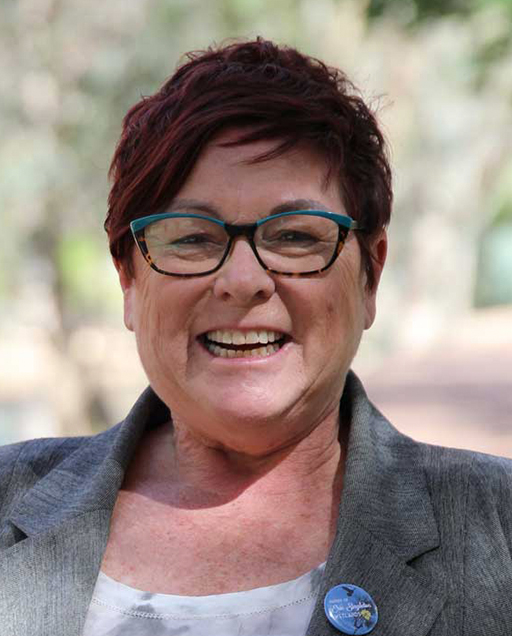 Lisa Baker was elected to serve the people of Maylands in the Western Australian Legislative Assembly in 2008. Lisa held the portfolio of Opposition spokesperson on Community Mental Health Services. She is also committed to improving the care and protection of animals. Lisa is passionate about working to support the community sector and has worked in a number of social and economic development roles throughout her working life. Issues of concern to her include self-employment, micro financing and small business development, mental health, homelessness, drug and alcohol addiction and family violence. Lisa has served on many business and community-based organisations, including training, business, local government and the arts. Lisa was the founder of the Women’s Economic Development Organisation and currently sits on the Board of aged care service provider, Bayswater ECHO (Elderly Citizen’s Help Organisation). 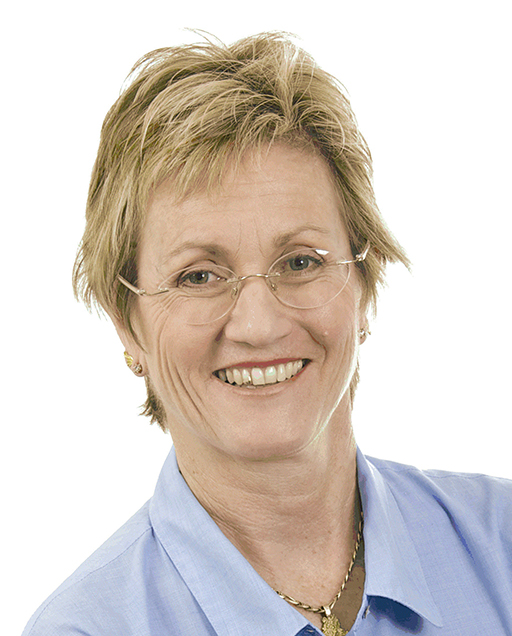 The Honourable Kezia Purick has been the Member for Goyder since 2008. She also served as Speaker in the 12th Assembly. Kezia has lived in the Territory with her family since 1959 and been a resident of the rural area since 1966. Schooled in Darwin, Kezia completed tertiary studies in Perth. Kezia has an extensive background in the resource industry. 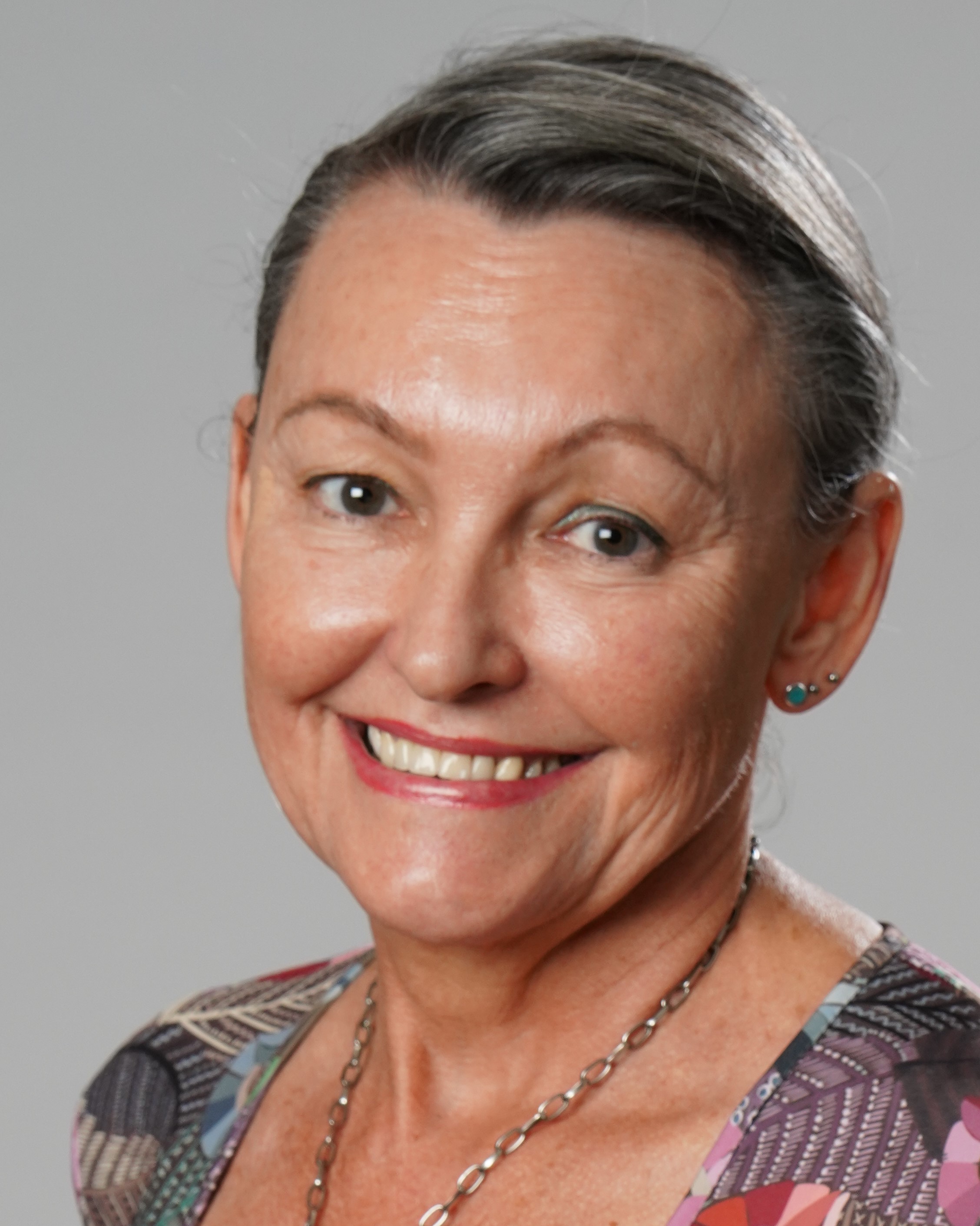 Sonia grew up in Housing Commission in Edgeworth and Windale, before moving into rented accommodation in Wallsend and West Wallsend. Starting work as a teenager, she’s been a long time member of her union and she studied teaching at the University of Newcastle, before teaching in Walgett, Kempsey and all around the Hunter. She also spent time in the Army Reserves. After leaving teaching, Sonia worked in a variety of positions related to the health field, including Hunter Brain Injury Respite Options. She earned a Bachelor of Arts, with Honours, in History. She was a Councillor on the Newcastle City Council from 2002 until 2008, was elected to represent Wallsend in 2007 and was re-elected in 2011. In 2013, Sonia was elevated to the NSW shadow cabinet as Shadow Minister for the Hunter and Science and Medical Research and has since added the Arts portfolio to her responsibilities. Sonia was again elected in 2015 to represent the Wallsend electorate. 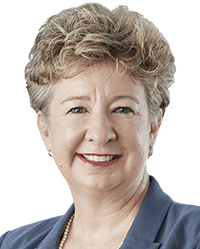 As Principal of Cavendish Road State High School, Corrine understands what it means to be a trusted member of a close knit community that cares. A highly respected educator for more than 22 years, Corrine knows that a good education changes people's lives and helps build stronger communities. Corrine McMillan has a proven record of leadership to be our community's voice in parliament. Corrine McMillan is an established leader in our local community. In addition to being a school Principal, Corrine is also a member of the local Community Policing Board and the Board of the Mount Gravatt Show Grounds. Corrine has also helped lead a number of local community initiatives including Cyber Safety Information Forums, anti-bullying campaigns as well as supporting a Homework Hub to help local families. Corrine will use her energy and experience to help deliver for our community. A major focus will be working to further improve our schools and health services for local families. She will also work with the community and local businesses to tackle suburban traffic hotspots so that residents spend less time on the roads and more time at home with family. 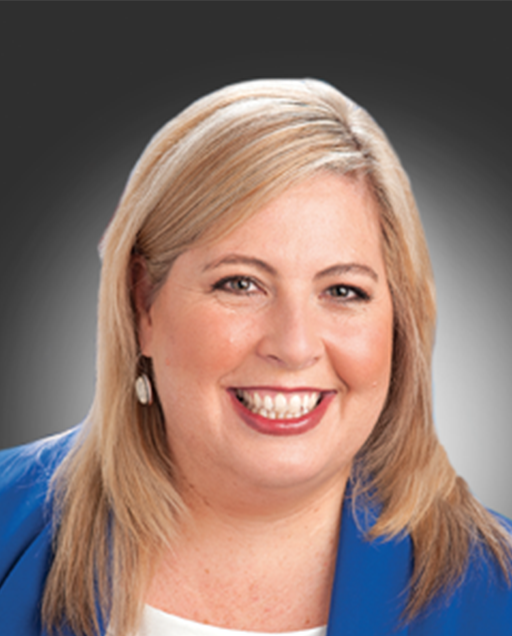 Katrine Hildyard was elected to the House of Assembly in March 2014. Growing up in a single parent family, in the south western suburbs of Adelaide, Katrine understands the values of being part of a caring community and supporting and working with others to make a difference. She is passionate about achieving fairness and opportunity for everyone and believes that sustainable communities are strong, fair and inclusive. Prior to entering parliament, Katrine was the Chief Executive Officer of Together SA – a community organisation that seeks to engage the community to collectively achieve solutions to complex social issues. Community engagement for Katrine includes being a member of the Christies Beach Surf Lifesaving Club and the Morphett Vale and Districts RSL, and volunteering with the Sammy D Foundation, Fred’s Van at Christie Downs and the YWCA. Katrine is also a Director of the Southern Football League and an Ambassador for Welcome to Australia. In recognition of her dedication, Katrine received the 2012 Australia Day Award Women Hold up Half the Sky. Katrine is a Graduate of the Australian Institute of Company Directors, the Flinders University of South Australia and a Fellow of the Governor’s Leadership Foundation programme. 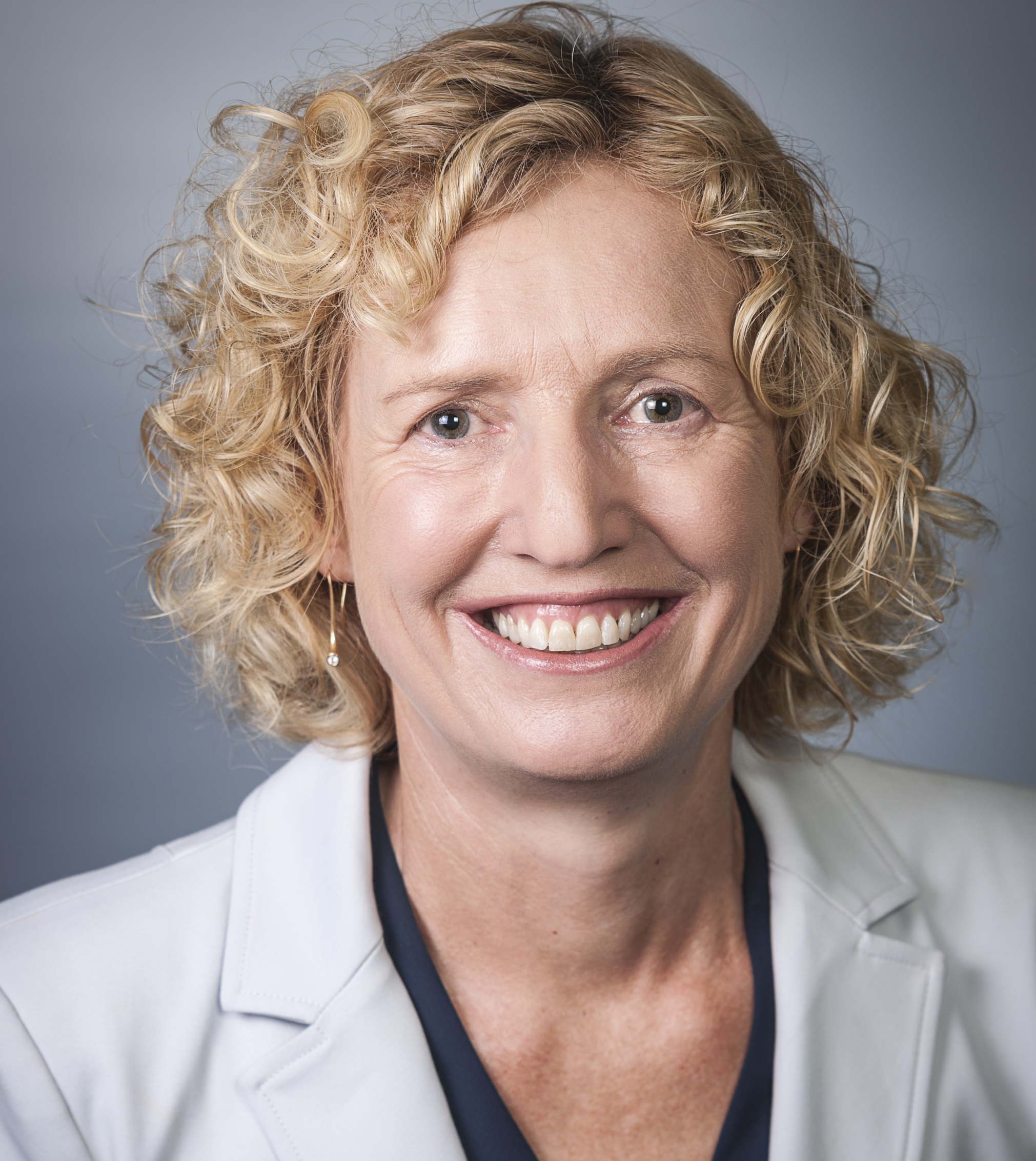 Ruth was elected to the Tasmanian Legislative Council in the Parliament of Tasmania in 2005. She has been re-elected in 2011 (un-opposed) and in 2017. In 2017 she was elected to the position of Deputy President and Chair of Committees and has sat on and chaired a number of Parliamentary Committees over these years. Ruth was born in Burnie in 1962. The second of four children of Margaret and Keith Emmerton, she was raised on a dairy, beef and potato growing farm at Riana and has lived on the North West Coast all her life. Ruth attended Riana Area School, Ulverstone High School and Hellyer College. Further details regarding her education history are below. Ruth has four wonderful children, Jane, Alan, Edward and Alyce and sons-in-law Kiran Forrest and Peter Forrest and daughter-in-law Clare Forrest. Ruth worked as a nurse and midwife since commencing her General Nurse training in 1979 in Burnie until elected to the Legislative Council in 2005. Ruth lives in Wynyard and spends a lot of time traveling with her supportive husband and partner Rob Woolley within her electorate, including Circular Head, the West Coast, Wynyard and King Island.

Sharon Claydon is the Federal Member for Newcastle. She was first elected in September 2013, becoming just the sixth member for Newcastle since Federation in 1901. Sharon is Deputy Chair of the House of Representatives Social Policy and Legal Affairs Standing Committee and serves on the House Indigenous Affairs Committee and the Joint Standing Committee on Foreign Affairs, Defence and Trade. She is also Deputy Chair of the Joint Select Committee on the Royal Commission into Institutional Responses to Child Sexual Abuse – Oversight of redress related recommendations, and serves as a member of the National Apology to Victims and Survivors of Child Sexual Abuse Reference Group. In March 2015, she became a Member of the Speaker’s Panel, deputising for the Speaker in the House of Representatives. As a member of the Federal Labor Caucus, Sharon is the Chair of the Status of Women Committee and the Chair of Labor’s Medicare Taskforce. She is also Co-Convenor of the Parliamentary Friends of Carers and the UN Parliamentary Group. Sharon is a fifth generation Novocastrian with strong connections to her local community. She is an Honours graduate in Anthropology and, before entering Parliament, worked in remote Aboriginal communities and the community-based disability services sector. Sharon also served in local government as a Newcastle City Councillor.